Filipino Athletes’ Love for the US, Explained

Samuel Chavez always dreamt of playing soccer and studying in the US someday. Born and raised in the tiny fishing island of Surigao Del Sur, Mindanao Samuel, a brilliant soccer player, had represented the Philippines in several tournaments under the Asian Football Confederation. However, his extremely humble background and circumstances made it almost impossible for him to afford the colossal costs of University education in the United States. The onset of COVID-19 just posed yet another challenge that made Samuel’s dream seem farther and farther away, one of which stopped Samuel from trying his best. Thanks to his incredible talent and his acumen for hard work, Samuel became the first official AddedSport scholar for the College Recruitment Premium Package. Through the College Recruitment Program , AddedSport provided him with several possible options to pursue an education in the US.ot only to play soccer at the highest levels of amateur competition, but also to improve the quality of life for him and his family. Through his relentless determination, Samuel finally decided to get recruited to play soccer and study Judson University.

Why is the US such a coveted destination to study and love for the Filipinos, you might ask?

Earning Power To say that the Filipinos love the United States wouldn’t be an exaggeration. The Philippines has had a long history of emigration, but the US is a particularly popular destination, with nearly 4,000,000 Filipino-Americans currently making a life in the country. .

he meaning of the American Dream may have changed over the last few decades, but the US is still very much “the land of opportunity” for the Filipinos. With the economy in the Philippines going through a rollercoaster of ups and downs over the years, thanks to constant shake-ups in the political sphere, many Filipinos are leaving their home to seek better opportunities elsewhere.
Filipino students tend to pursue career paths in business administration, engineering and technology, and medical programmes, especially nursing. When you combine the fact that so many students have similar qualifications in similar areas of study, and the fact that there simply aren’t enough jobs or funding in the country, what you get is an oversupply of workers with general skills. Naturally this is a huge push factor, almost forcing younger Filipinos to move away if they want to find suitable jobs.

Because of this, many Filipinos have relocated to the US to work as nurses, skilled workers or domestic helpers. Everyone wants greater social mobility, and even if it isn’t always necessarily true, there is definitely still a strong belief that the US offers more high-paying jobs and that life in general is easier there.
Perceptions of the US versus the Philippines
Economic opportunity is a good enough reason for many to move, but what makes the US so loved among Filipinos? A Pulse Asia survey showed that 84% of Filipinos trust the US more than any other country. This is a huge percentage for countries that aren’t exactly neighbours. The glitz and glamour (and incredible pervasiveness) of Hollywood, and the general cultural influence that the US has over the rest of the world may have a big part to play in this, but influence on food, fashion and lifestyles can only go so far.   What makes this even more interesting is that in comparison, Filipinos don’t seem to have a good impression of their own country. Do a random Google search on how Filipinos feel about their government, and you’ll see a lot of collective outrage at the way the public is treated. The country has seen power switch hands multiple times, and in a relatively short amount of time, people have seen the country go from martial law, to the restoration of democracy, to autocratic rule. This general distrust of the government is another reason why Filipinos seek opportunities elsewhere.

The lasting effects of colonisation

Until 1946, the Philippines was under American colonial rule for close to 50 years. So it comes as no surprise that there is still a strong American cultural influence in the Philippines. Interestingly, where many countries may feel resentment towards their ex-colonisers, in the Philippines, there is a high level of confidence in the US. As Immigration really took off in the 1970s, many Filipinos have permanently moved and become US citizens. Having family members in the country makes it a lot easier to make the big move. In fact, most Filipinos who obtain green cards usually do so through family reunification channels. Having such a large Filipino presence in the US creates a strong connection between the two countries.

Aidric Chan is one of our favourite Golf success stories. AddedSport devised a new strategy for Aidric which resulted in him pursuing his PGA dreams as a member of the high performing, elite University of Arizona Golf team.

Like Aidric, there are many other Filipino students who have achieved their goals with AddedSport.

AddedSport actively helps Gifted and Talented Filipino students and athletes achieve their dreams of playing, studying and pursuing their dreams at top-notch US Universities.

Talk to us to find out more: https://www.addededucation.com/enquiry-form/ 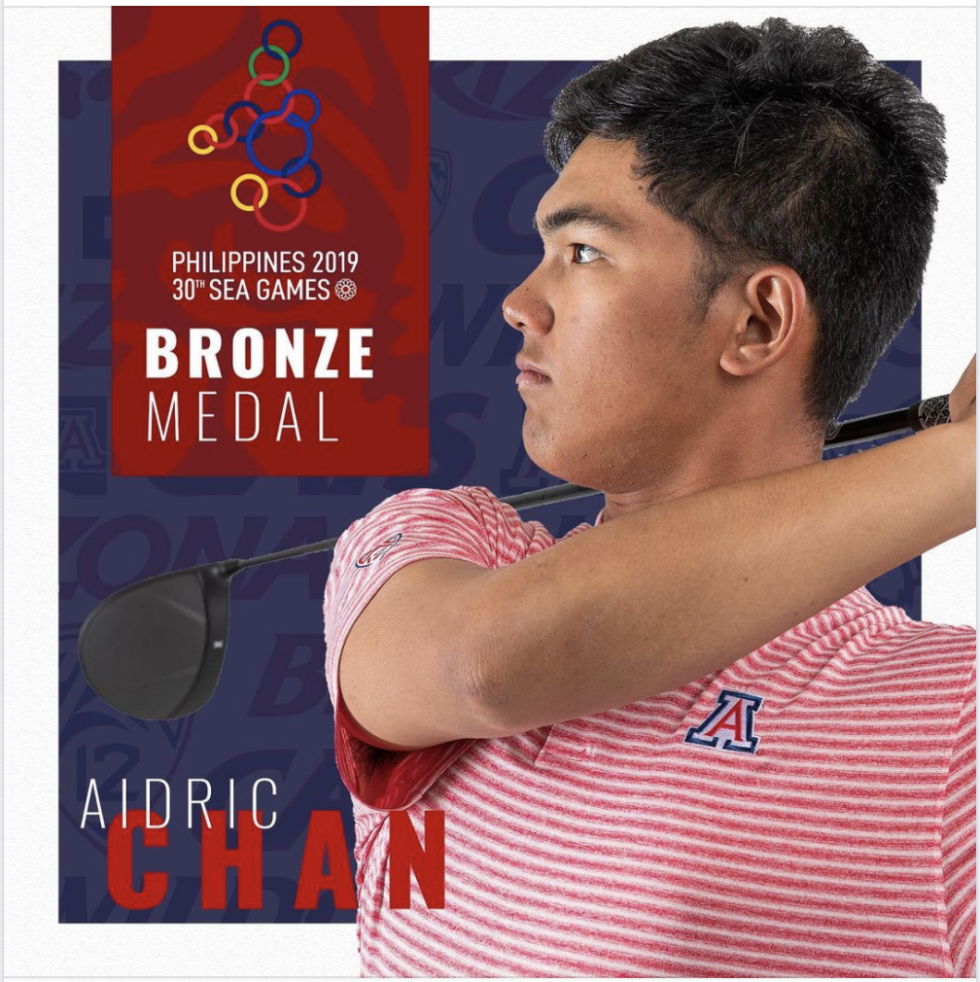